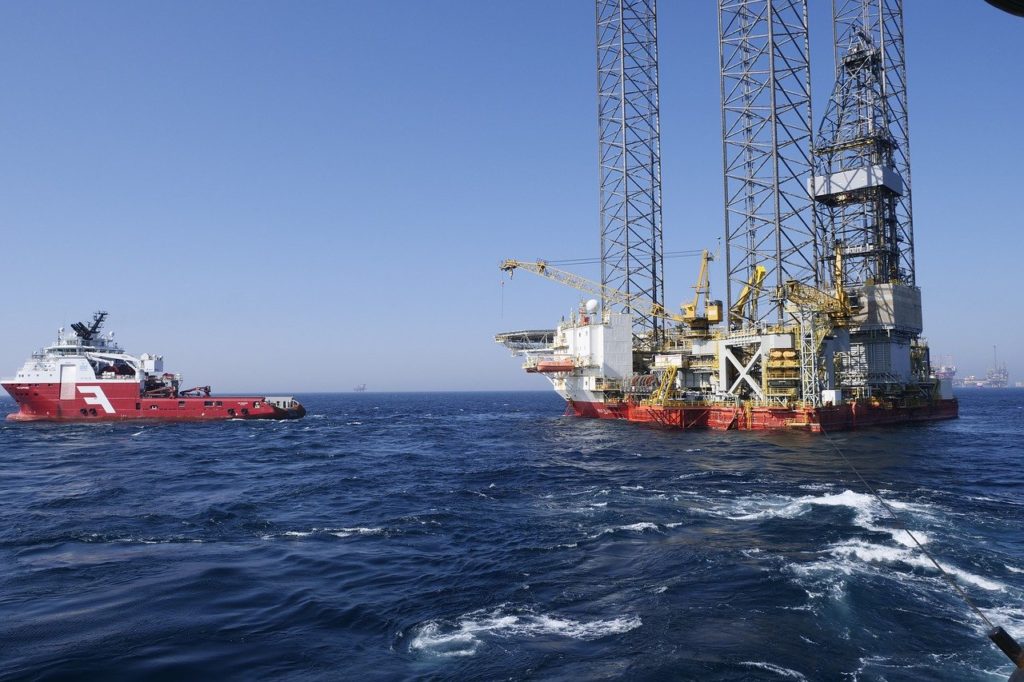 The water of the Caspian Sea and the Seaside Boulevard of Baku was covered with red carnations that people brought on December 7 to honor the missing oil workers in a tragic fire accident on the Guneshli offshore oil field on December 4. They were sad but with a glimmer of hope in their eyes for rescue of all those who were on platform on that heartbreaking catastrophe.

Last Friday, a fire broke out on the offshore platform #10 of SOCAR’s Gunashli offshore field, after an underwater high-pressure gas pipeline was damaged in strong storm.

The wind speed hit 38-40 meters per second, while the storm lasted for about 27 hours.

People lost themselves in a sudden explosion, but the platform employees acted in accordance with instructions.

The oil workers tried to immediately get on the boats and rescue. They got on two boats immediately and in accordance with the instruction. There were 26 and 34 people in the boats, respectively. To avoid the fire and the waves, the boats were hanged at a certain height on the platform. However, the fire and the waves did not allow the ships to approach the platform and to rescue the oil workers.

“The height of the waves during the fire at the Gunashli field reached eight to 10 meters thus hampering the evacuation. Speed of the wind was about 40 to 45 meters per second,” a rescued oil worker being treated at the Central Oil Workers Hospital told Trend. "I hit my head when the life boat crashed into the platform because of the waves."

A firing platform above and boundless sea below turned out a death vacuum for all those on sea, leaving no way-out...

"There was no way out. There was a danger of fire above and a choppy sea below. Nevertheless, we decided not to stay on the platform. We boarded the boats. I was on the broken boat. We all fell into the water when the boat was broken, and we hold on the broken pieces of the boat awaiting rescue. Suddenly, a wave took away the pieces of the boat and my colleagues somewhere far..." a rescued oil worker remembers with regret.

Out of 63 people who were on platform at the moment of accident only 33 were rescued, while 23 are still regarded missing with seven dead.

President Ilham Aliyev declared one-day mourning in the country on December 6 to honor the memory of those who lost their lives in this tragic accident.

The Emergency Ministry's rescue team continues searches for the missing oil workers both at the offshore field Gunashli and at the Oil Rocks. The searches were continued at night with help of vessels, and today the searches were rejoined by helicopters.

The border guards of Kazakhstan, Russia and Iran, as well as all fishing vessels were informed about missing of people.

"The rescue work is underway, and the main task is to find missing people and extinguish the fire," SOCAR First Vice-President Khoshbakht Yusifzade said at a press conference.

Yusifzade advises to wait until the joint investigation of the state commission into the accident ends, but does not believe it to be an act of sabotage.

He said that the explosion occurred as a result of waves created by the wind which lasted 27 hours. "The accident will be investigated by the Ministry of National Security which was included in the State Commission."

On December 5, helicopters made six attempts to approach to the burning platform, but were a failure. The last attempt was successful when the floor of the platform was cut and the workers on the boat were evacuated.

SOCAR Vice-President Khalig Mammadov said that one of the boats stayed stuck to the platform pillars, and all 26 workers in this boat were rescued.

Deputy Minister of Emergency Situations Etibar Mirzayev said that overall some 27 people were rescued from the boat and three from the platform itself by the helicopter.

Balamirza Alirahimov, the head engineer at the Azneft Production Union, told journalists on December 7 that the rescue operations for the missing oilmen will continue till the end. In this regard Azneft is developing an additional action plan to put out the fire on the offshore platform #10 in the Caspian Sea.

Relevant Azerbaijani authorities informed the coast guards of Iran and Turkmenistan of the search operations in the sea.

via Azerbaijan mourns for victims of tragic sea accident - AzerNews.