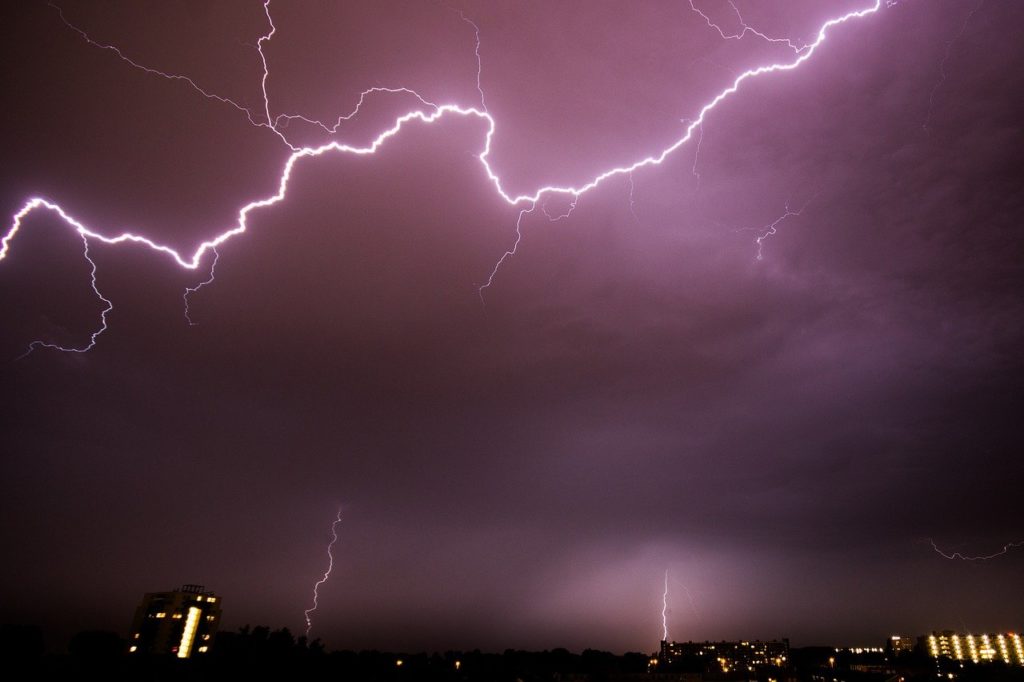 Working outside during a storm can be dangerous. How well do you know the dangers of lightning? Check your knowledge against these lightning myths courtesy of NOAA.

Myth: If it’s not raining or there aren’t clouds overhead, you’re safe from lightning.

Myth: Rubber tires on a car protect you from lightning by insulating you from the ground.

Fact: Most cars are safe from lightning, but it is the metal roof and metal sides that protect you, NOT the rubber tires. Remember, convertibles, motorcycles, bicycles, open shelled outdoor recreational vehicles and cars with fibreglass shells offer no protection from lightning. When lightning strikes a vehicle, it goes through the metal frame into the ground. Don’t lean on doors during a thunderstorm.

Myth: A lightning victim is electrified. If you touch them, you’ll be electrocuted.

Fact: The human body does not store electricity. It is perfectly safe to touch a lightning victim to give them first aid. This is the most chilling of lightning Myths. Imagine if someone died because people were afraid to give CPR!

Myth: If outside in a thunderstorm, you should seek shelter under a tree to stay dry.

Fact: Being underneath a tree is the second leading cause of lightning casualties. Better to get wet than fried!

Fact: A house is a safe place to be during a thunderstorm as long as you avoid anything that conducts electricity. This means staying off corded phones, electrical appliances, wires, TV cables, computers, plumbing, metal doors and windows. Windows are hazardous for two reasons: wind generated during a thunderstorm can blow objects into the window, breaking it and causing the glass to shatter and second, in older homes, in rare instances, lightning can come in cracks in the sides of windows.

Myth: If trapped outside and lightning is about to strike, I should lie flat on the ground.

Fact: Lying flat increases your chance of being affected by potentially deadly ground current. If you are caught outside in a thunderstorm, you keep moving toward a safe shelter.