Man Killed by Tiger That Escaped from Flooded Georgia Zoo 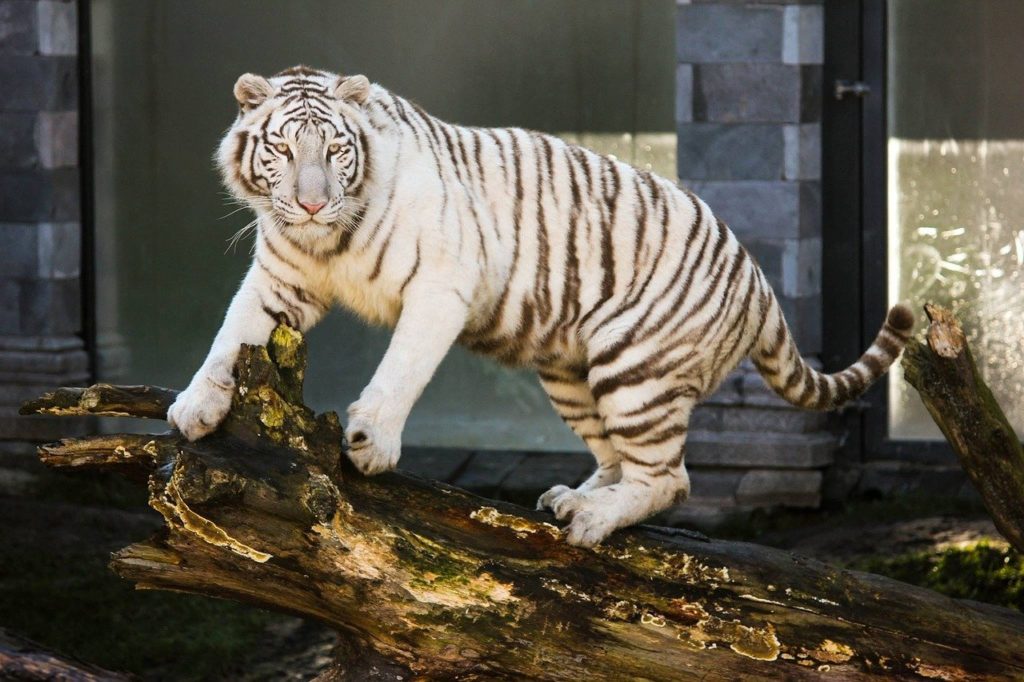 Man killed by tiger that escaped from flooded Georgia zoo 0

TBILISI, Georgia -- A tiger that broke loose after severe flooding at the Tbilisi Zoo mauled a man to death in the Georgian capital before being shot by police Wednesday, a day after officials said all the zoo's tigers had died.

Zoo Director Zurab Gurielidze acknowledged he was to blame for releasing faulty information and said new counts indicated a tiger cub and a hyena could still be on the loose. The city has remained on edge, with runaway predators reportedly seen by some residents.

The Interior Ministry in the former Soviet republic said the tiger was hiding at an abandoned factory that had been turned into a construction market when he attacked the man Wednesday. The victim, who worked at the market, later died of his wounds at a hospital.

"We entered the depot and, suddenly, a white tiger rushed out of an adjacent room and attacked one of the workers, jumping at his throat and mauling him," colleague Alexander Shavbulashvili told The Associated Press. "We broke the window of another room to flee, and the sound of breaking glass must have scared it, and it ran away."

Police commandos rushed to the site and killed the tiger.

"It was a white tiger," Interior Minister Vakhtang Gomelauri told the AP. "We wanted to sedate it, but it was very aggressive, and we had to liquidate it."

Zoo spokeswoman Khatia Basilashvili couldn't immediately offer any details about the dead tiger. The zoo administration had said Tuesday that eight lions, all the zoo's seven tigers and at least two of its three jaguars and 12 of its 14 bears were killed in the flooding.

Georgia's Prime Minister Irakli Garibashvili criticized zoo officials for providing false information and ordered the interior minister to personally oversee the count of how many animals have died and how many remain missing.

"I want to offer my apology to the population," he said.

After the premier's statement, the zoo director acknowledged he was to blame for the misinformation.

"We had wrong information that there were no predators outside the zoo," he said. "I take full responsibility for that."

Gurielidze said a tiger cub could also be roaming the city streets but said he "poses no threat to people."

The flooding, triggered by torrential rains over the weekend, killed at least 19 people, destroyed houses and tore up roads. Six people remain missing.

The zoo said Wednesday that one of its 17 penguins was found alive by Georgian border guards in the Kura River near the border with Azerbaijan, 40 kilometres (25 miles) east of the capital. Eight other penguins had been found alive earlier.

Zoo officials say less than half of the zoo's 600 inhabitants have survived the flooding.