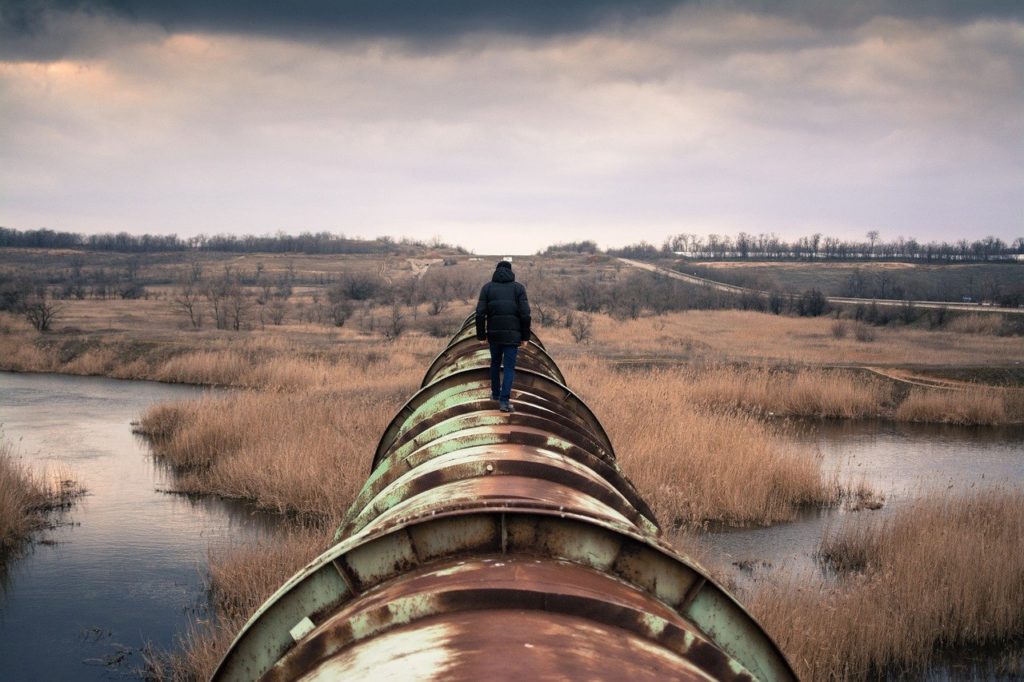 Many factors can render safety measures ineffective, according to an industry veteran.

The pipeline that spilled five million litres of emulsion in northern Alberta began operating last year, according to Nexen Energy. But a newer pipeline isn't necessarily a safer one, a veteran investigator says. (Terry Reith/CBC)

As the search for what caused a massive pipeline leak in northern Alberta continues, one U.S. oil spill investigator is warning that new pipelines are not always the safest.

Last week, a contractor discovered a leak in a Nexen Energy petroleum pipeline that spilled five million litres of emulsion — a mix of bitumen, sand and water — outside Fort McMurray, Alta.

The cause of the spill, one of the biggest ever in Alberta, is not yet known. The double-layer pipeline only started operating last year and was equipped with a leak detection system that should have alerted the company to the problem, but didn't.

Veteran pipeline investigator Rick Kuprewicz said companies and the public sometimes put too much stock in how new safety features might prevent spills.

His company is not involved in the investigation of the Nexen spill and has not worked directly with this particular pipeline. But it has spent decades investigating oil spills for companies and governments in Canada and the U.S..

Kuprewicz said there is not yet enough information available to be sure of much that occurred with the Nexen spill. But new technology sometimes gives an inflated sense of safety, he suggested, and leak detection systems can be helpful and inspire confidence, but they are not always reliable.

"Don't create in the mind of the public that you have a system that will work in all situations. Don't be afraid to say, 'There are some limitations in this.'"

He noted technology, like the kind of double-walled pipeline involved in the Nexen spill, might not provide as much safety protection as some think. The basic concept that sells those type of pipelines is that if the inner wall of the pipeline breaks, the outer wall will act as a backstop for spills.

But how well it works depends on everything from the type of the material to the installation and how the pipeline operates. For instance, if the double-walled pipeline is made of steel, under certain conditions risk of a rupture can increase because erosion can occur, Kuprewicz said

"It may be the illusion of safety when it really isn't," he said.

Pipeline failures can create a "credibility gap" with the public, Kuprewicz acknowledged. If people are assured that new technology or better methods make the pipeline safe, they are that much more distrustful if a leak does occur.

Once a leak does happen, the actions of the company have a big impact on the public's trust. Ron Bailey, Nexen's senior vice-president of Canadian operations, publicly apologized on behalf of the company for the spill last week.

"We sincerely apologize for the impact this has caused," he said Friday.

But Kuprewicz argues that approach can actually make the situation worse.

"The last thing I want to hear is, 'Aw, well, we made a mistake and we learned our lesson,' " he said.

"In Canada and the U.S., the pipeline operator is already supposed to know this stuff. You're not supposed to have these failures."

Instead, he urged pipeline companies to be forthcoming with information, and show honesty about what caused the spill and how clean-up efforts are going.

He noted there have been recent cases in the U.S. where companies have tried to cover up the damage that spills have caused. That is likely to erode public trust, he said.

Credibility problems caused by spills and clean-ups can have a big impact on how willing people are to support other pipeline projects, he said.