Recognizing Addiction in the Workplace is Essential to Construction Safety 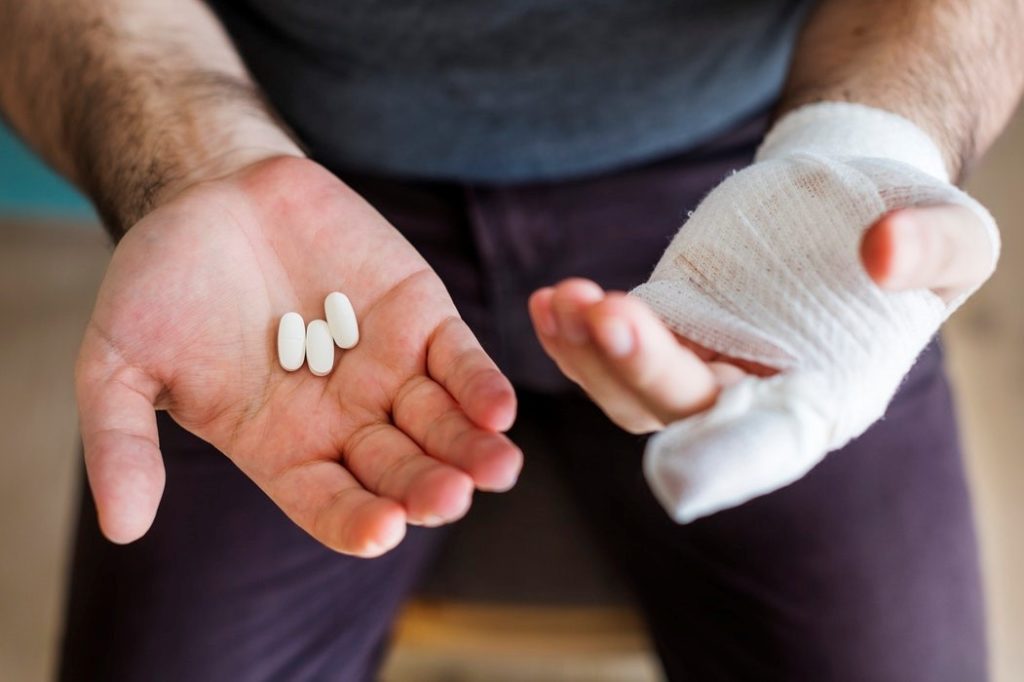 It’s a familiar stereotype: the blue-collar construction worker, off duty at last with his hard-working buddies, knocking back a few beers at the local tavern after a hard day on site. This image is such an accepted piece of our culture that it even showed up in the classic film, “The Shawshank Redemption” when Tim Robbins’ Andy Dufresne trades his knowledge for three beers so that the inmate work crew tarring the plate factory roof can “feel normal again.”

Addiction in the Construction Industry

As American as this image of winding down after work with a drink may be, the modern-day reality around drug and alcohol addiction in the workplace paints a much bleaker picture. In their 2015 National Survey on Drug Use and Health, the CBHSQ Report, the Substance Abuse and Mental Health Services Association (SAMHSA) showed that construction workers in full-time employment ranked second only to miners in admitted past month heavy alcohol use (16.5 percent to 17.5 percent) and fifth in admitted past month illicit drug use (11.7 percent).

The report concluded by saying:

In layman’s terms, this means that a disproportionate number of construction workers like to drink and do drugs, regardless of age or gender.

Importantly, these statistics only reflect admitted usage; it’s likely that the actual figures are exponentially higher. In an anonymous 1988 National Institute on Drug Abuse (NIDA) survey, 28.1 percent of construction workers admitted to using illegal drugs. This figure is considered likely to be low as well: according to the International Risk Management Institute (IRMI), companies that drug test 100 percent of applicants have reported positive results in 25-35 percent of workers.

Naturally, this high rate of usage comes with a correlating rate of addiction. And now, with marijuana becoming legal in more and more states and opioid and prescription-drug addiction and overdose rates on a fast rise, this problem is quickly becoming an epidemic in the construction industry as well as a declared Public Health Emergency.

Recently reported data from CNA claims indicates that the construction industry’s spend on prescription opioids held at a steady 20 percent from 2009-2013. This amount is an alarming 5-10 percent higher than any other industry the survey reported on.

The Dangers Posed by Addiction in the Workplace

According to reported statistics from the Department of Labor, drug and alcohol abuse causes up to 65 percent of on-the-job accidents. It is also responsible for up to 50 percent of workman’s compensation claims. Further, employees who abuse drugs are reported to be absent from work an average of five days per month and are also ten times more likely to steal from the company or other workers, use three times the average wellness advantages, and cost up to 300 percent of average worker’s medical costs.

The SAMHSA report notes that the largest costs related to drug and alcohol addiction in the workplace include lost time, job turnover and retraining, and rising healthcare spending. In other words, as Construction Drive explains, “A construction company with 100 workers can expect to lose $40,839 each year in Oklahoma, $43,538 in Massachusetts and $38,140 in Texas — three of the states with the highest frequency of opioid abuse.”

Further, due to the often dangerous nature of construction work itself, accidents that happen due to workers being under the influence of drugs or alcohol can be deadly serious. The Occupational Safety and Health Administration (OSHA) reports that nearly 18 percent of all private industry fatalities in 2011 were in the construction industry, with the most common causes of these deaths including falls, being struck by an object, being trapped between objects, and electrocution.

With these risks on the rise, it’s becoming more important by the day for savvy construction employers to implement and maintain a robust risk assessment and safety management system for their workers. Equally important for employers, though, is a thorough grounding in what part they can (and, in some cases, must) play in identifying and preventing employee drug and alcohol use in the workplace.

Recognizing and Preventing Substance Abuse in the Construction Industry: What Employers Can Do

One of the most straightforward methods employers can use to spot and stop workplace drug use is regular drug testing. Doing so is more than just a good idea—recognizing drug use and addiction in the workplace is essential to construction safety. Also, maintaining a safe working environment is an employer’s legal responsibility.

According to OSHA’s OSH Act of 1970, employers “shall furnish to each of his employee's employment and a place of employment which are free from recognized hazards that are causing or are likely to cause death or serious physical harm to his employees.” Due to the inherently dangerous nature of construction sites, having employees on the job who are impaired and unsafe to operate the equipment in their care could legally constitute such a “recognized hazard” and expose the employer to costly lawsuits or other legal battles for survival.

Drug testing in the workplace is an increasingly complex issue. With the increasing state-by-state legalization of marijuana and the ongoing challenges of the Affordable Care Act, both workplace laws and employee insurance options continue to be in flux.

Employers without a current clear, written, and communicated drug testing policy should consult their human resources department or in-house counsel before instituting such testing. It’s best to make sure that they comply with current regulations around this issue, as there are some legalities involved, and these will vary between countries and states.

How to Help: Extending an Open Hand

For employers who are dealing with known drug addiction in their workforce, one of the most effective ways to treat the problem is through the offering of an Employee Assistance Program (EAP). EAPs are generally included as a part of employee health coverage, and though they increasingly cover issues other than addiction (like mental health issues), their success is well documented in helping employees treat and manage their drug and alcohol misuse problems.

For an employee who is struggling with substances, having the opportunity to straighten out their life without losing their job, their insurance, and the income that their family members rely on can mean the difference between admitting the problem and continuing to live in denial. And for employers who offer addiction treatment benefits, having a drug free workplace (or as close to it as possible) is worth much more than added dollars in their pocket. It’s also about the peace of mind that comes from knowing that they’re doing the best they can for the people who rely on them.

Safety management is a holistic process that depends on employee health as it is on the people who hire them. Keep your safety management system up-to-date with the latest software from SafetyTek. Contact us today for more information or leave a comment and share your thoughts!